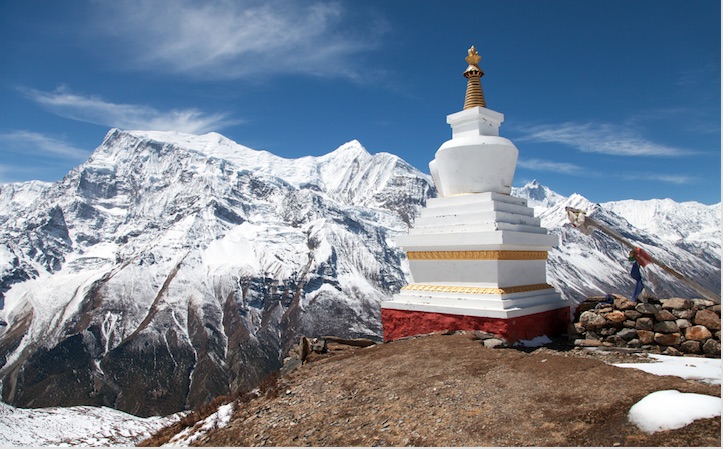 The Medicine of Altruism

Can a tweak in our attitude, the way we think and care about others make a fundamental difference in our happiness? The collective wisdom of the Tibetan spiritual tradition – the medicine of altruism strongly suggests that this is not only possible but within the grasp of each of us. An altruistic attitude is an antidote to the selfishness and greed that is the curse of our times. Individually, altruism can make each of us happier persons; collectively, it has the potential to change the world and leave it a much better place for our children. It was the summer of 2008, and we heard this fantastic news that HH The Dalai Lama was going to be in Seattle in connection with a series of talks and teachings around the central theme of Seeds of Compassion. One of his keynote addresses was arranged at the Quest Field. We arrived early and found our seats in one of the uppermost tiers. His Holiness and the stage were far away, but a giant projection system brought him closer to everyone. Up above, a small plane flew with a banner that read, “Dalai Lama Support the Olympics.” That was the Beijing Olympics year, and some Tibetan protests were highlighting human rights abuses and cultural genocide in Tibet. I remember being sad and incensed that people would use such a beautiful day and this teaching to make a political point. A small girl behind us pointed it to her mom, who quietly shushed the girl and told her to look instead at the stage.  Soon His Holiness arrived, and the small plane went totally out of my consciousness. He proceeded to give an inspiring talk, and the part I remembered best and took home is his explanation of the difference between empathy and compassion. Empathy is when you feel something for a person or situation, that warm, good fuzzy feeling. Empathy is wonderful. Compassion is when you act and do something about the empathy you felt. Let’s say you saw someone in pain or discomfort, and you felt for that person and his pain. That is the empathy part. If you then almost assume some responsibility for that person’s distress and do something about it – now, that is compassion. In other words, compassion is empathy in action fueled by a sense of personal responsibility for someone else’s suffering! For me, this was a valuable lesson. While empathy is inherent, and I’ll briefly discuss that later, the acts of compassion and altruism are something that can be nurtured and cultivated, and therefore worth our reflection and effort, especially because the Tibetan spiritual belief teaches us that caring and loving others are the most humane and wise way to increase your own happiness!  Speaking on the topic of The Medicine of Altruism, HH The Dalai Lama remarked, “In Tibet, we say that many illnesses can be cured by the one medicine of love and compassion. These qualities are the ultimate source of human happiness, and the need for them lies at the very core of our being…..” Biased and Unbiased CompassionIn his book Secular Ethics […] 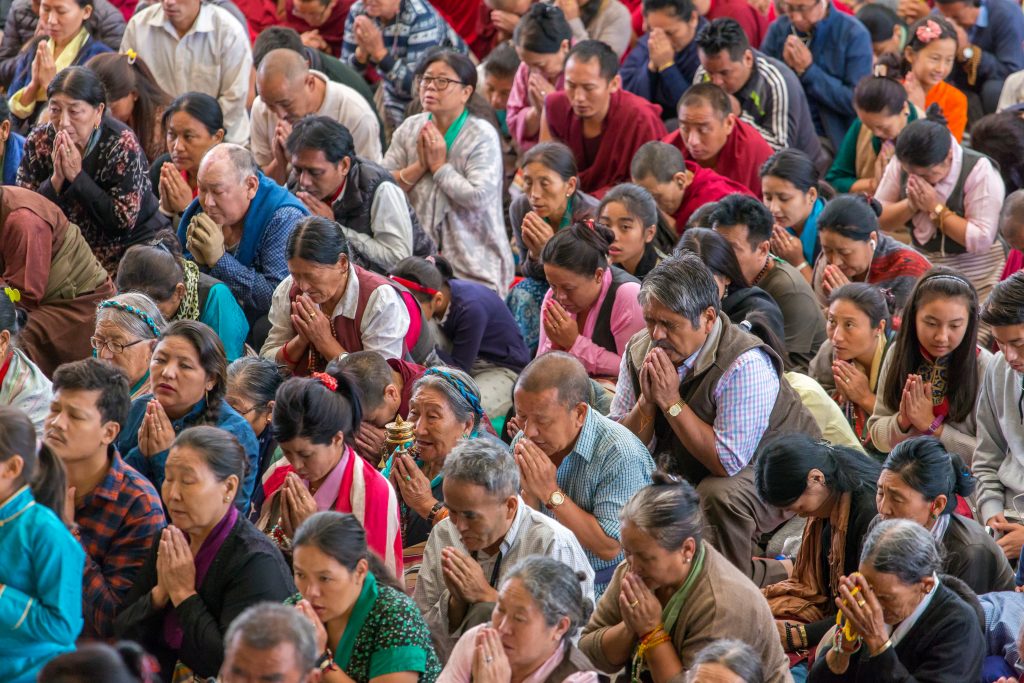 The Pain & Privilege of Being Tibetan

Being a Tibetan in this day and age is both a pain and a privilege. The pain is more prominent – now, for over sixty years, we have been hounded from our homeland, driven into exile, stripped of our monasteries and even our dignity. We have no idea when even a beginning to resolving the Tibetan issue might occur. Therefore, we have no real hope that it will happen in our lifetime. Yet, among ourselves, we tell each other that we don’t even the right to lose hope, that somehow, we must preserve our culture and educate our children so that they, in turn, can have hope – hope for a culture if not a country! There was a fantastic stretch of ten years, during which I traveled the length and breadth of this country, doing well over a hundred presentations on Tibet, Tibetan culture, and children’s educational needs in exile. I’ve often been asked this question: what is it like to be a Tibetan, be stateless, or even what does it feel like to belong to something as special as HH The Dalai Lama? I’ve answered these and other questions as best as I could, sometimes at the end of presentations but also in snatches of casual conversations. This year, when travel and other events are not possible, I’ve been writing about Tibet, Tibetans, and our culture. This is by far the most relaxed space I’ve had to tell what it is truly like being a Tibetan. In my head, Tibet is a classic case of colonialism and repression. There are no grey areas – no conflicting claims from diverse ethnic groups over territory or resources, no dispute over a holy capital, no lingering historical conflicts to warrant occupation – but naked and sustained repression occurred simply because China could. Under Mao, they had the misguided zeal; the military and an international community almost complicit in this genocide through their deafening silence. I’ve always felt that it was poignantly sad that Tibet lost our air of freedom in the second half of the 20th century when the rest of the world was finally shaking off the shackles of colonization and breathing new airs of freedom. In our neighboring country of India, after being under the British Raj for close to two hundred years, the country under Mahatma Gandhi found a way to freedom. In Africa, after being partitioned by the industrialized European nations since the 15th century, the entire continent comprising over 50 countries became free and independent. After two gruesome and horrible world wars, the second half of the 20th century saw the world finally wake up, shake off colonization, embrace freedom for all countries and humanity. There was an atmosphere of hope, peace, and development. Hopefully, the world learned its lessons of wars and colonization. The United Nations Organization came into being. Tibet’s tragedy is that in this new atmosphere of global hope and freedom, we lost ours. Tibet’s tragedy is that China’s occupation went counter to the collective international thoughts and aspirations of that age. So yes, I’ve experienced this pain myself, of crossing the Himalayan […] 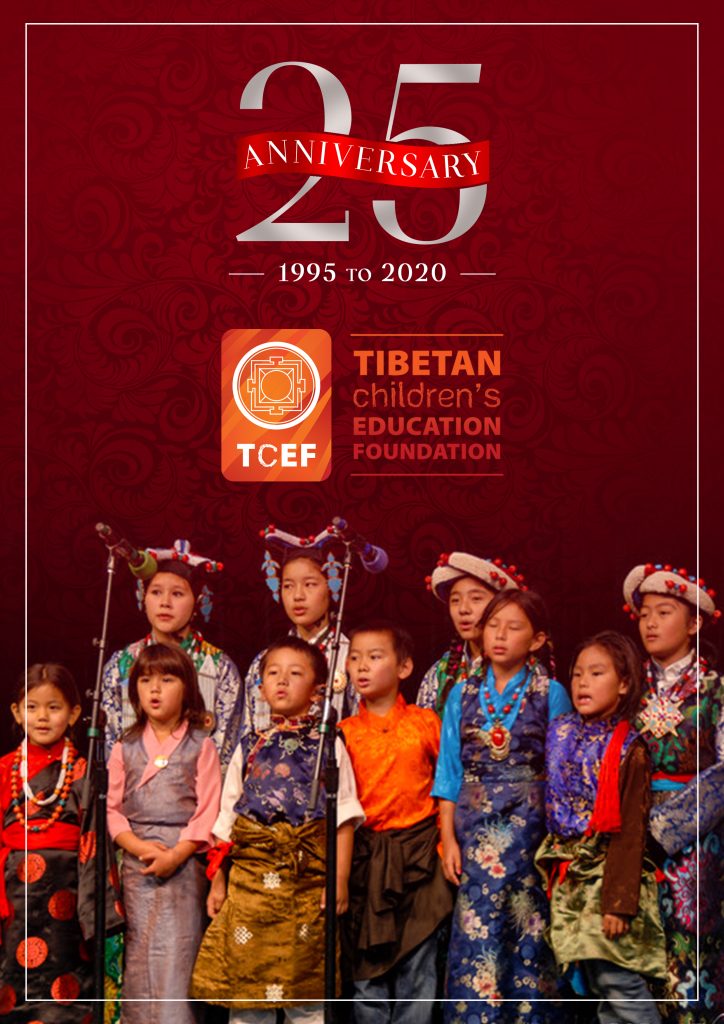 This brochure is a summary of everything TCEF. It provides an over view of our programs and achievements in our three key program areas of Culture, Education and Service over the past twenty five years. It also previews our hopes and aspiration in the years ahead. The gratitude segment informs of partner organizations we worked with in India, and organizations that greatly helped TCEF survive and grow. Through this segment, we are able to thank the hundreds of sponsors, event coordinators, donors and other volunteers to whom we are indebted. 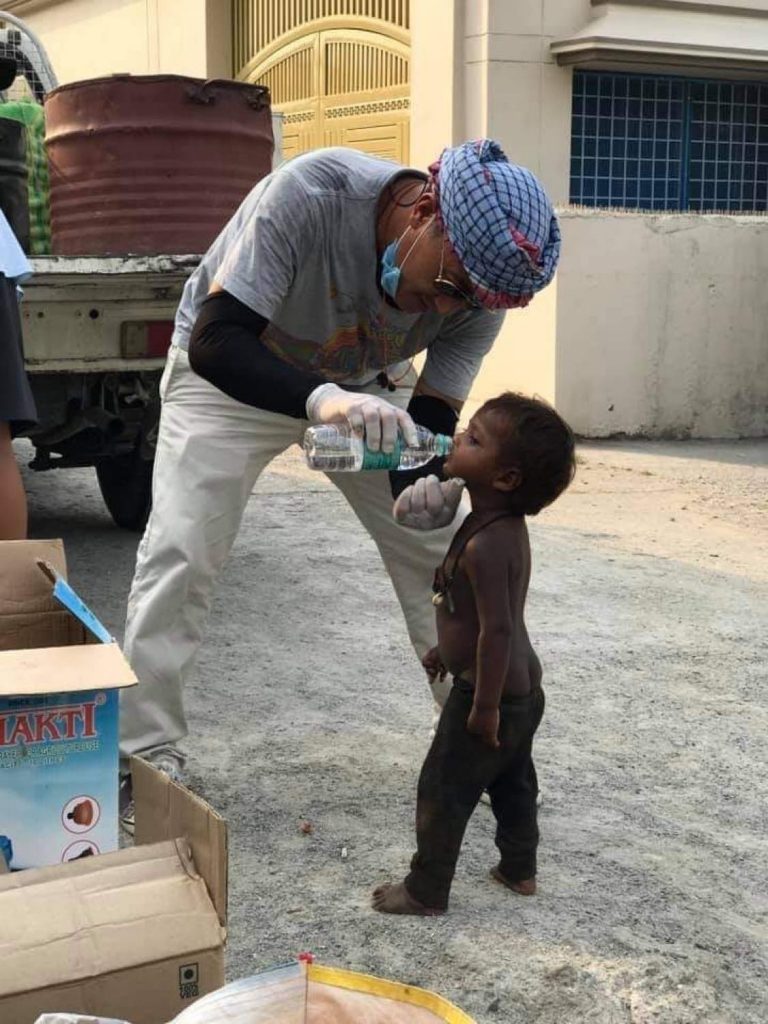 The Tibetan Response to Covid 19 by Karma Tensum

The trend is the same – all over India, Tibetan communities are finding joy in giving back, in doing something for those who are more vulnerable and more in need than themselves. In 2019, the Tibetan community in exile coordinated a series of Thank You India events to express gratitude to the government and people of India for 50 years of support. There were gratitude speeches, cultural events, and other visible shows of appreciation. I believe that at a deeper and more meaningful level, the Tibetan response to the Covid 19 crisis has been an even more powerful way of showing our gratitude. 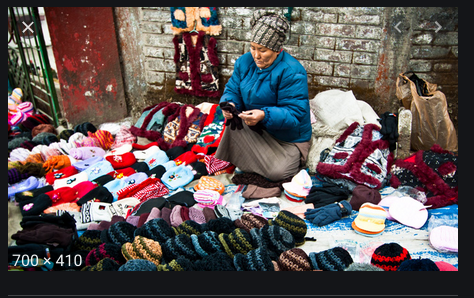 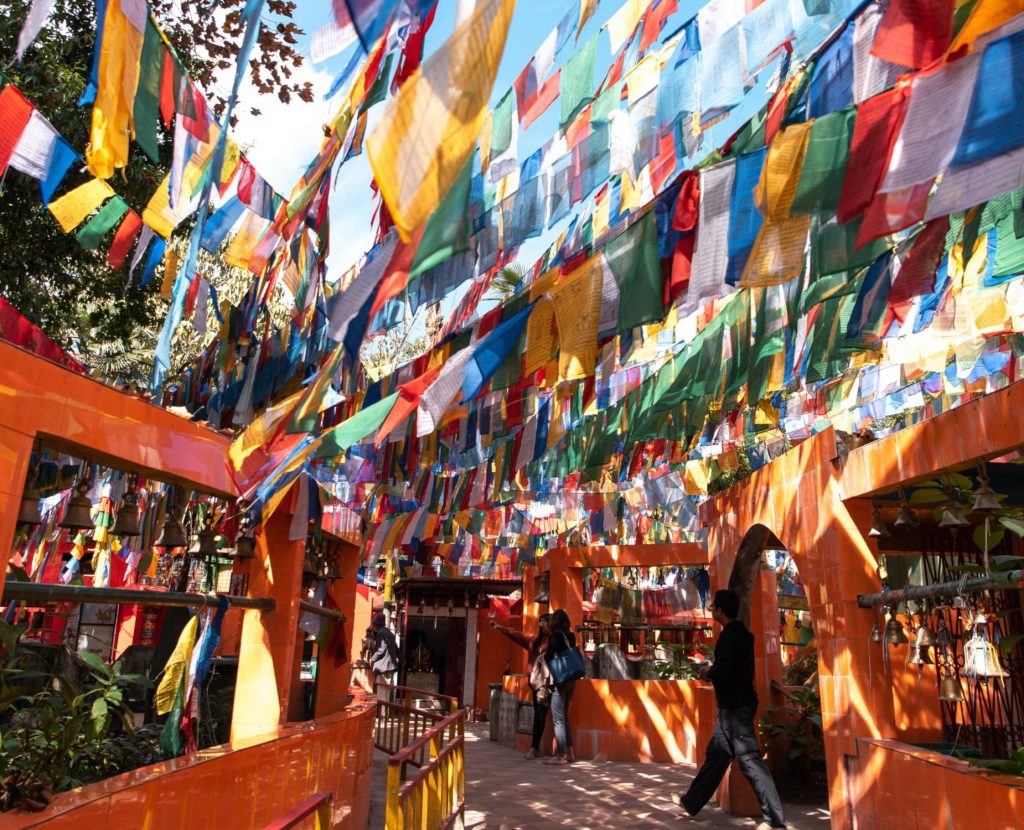 5 Lessons From the Tibetan Culture by Karma Tensum

Often I think of ways for us to give back to this amazing community of sponsors and supporters who donate hard-earned money to support a child or elder they’ve never met on the other side of the globe. I’ve always been passionate about sharing the Tibetan culture and nowadays my head is wrapped around trying to share aspects of Tibetan culture that have the potential to benefit others. Viewed from that lens, this is also an expression of my gratitude to everyone who supports our work. 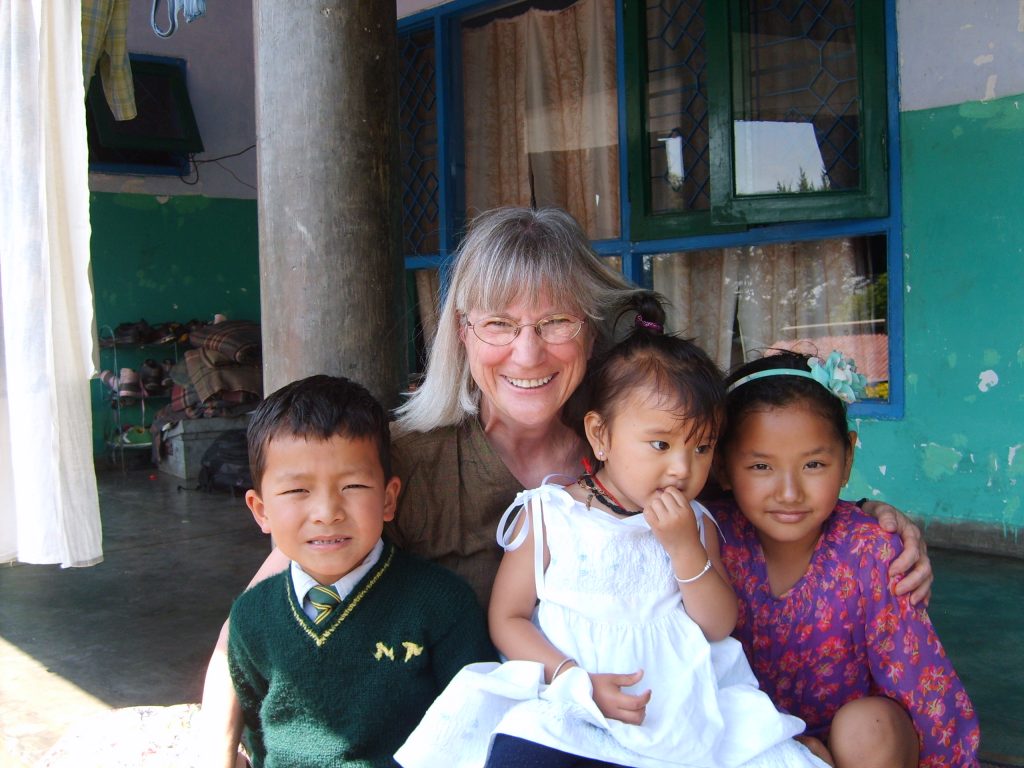 My Journey with TCEF by Jane Amdahl

My journey with the Tibetan Children’s Education Foundation began in 2004. I had been saving up for years to take the trip of a lifetime and the time had finally come. After looking at my options, I decided to go to the most exotic and faraway place I could think of: Tibet. I signed up for a group tour and before I knew I was on my way. 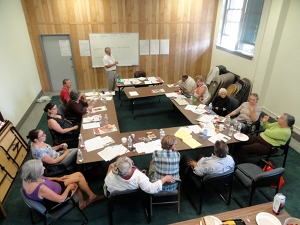 The core of TCEF’s story is about the empathy that individual people in the West have for Tibet and Tibetans. One reason to share this story is that we are marking our 25th anniversary this year, but perhaps even more importantly, I wanted to share it for inspiration. I’ve been sad, other Tibetans have despaired that somehow the world has forgotten us, forgotten that we still exist tenuously as refugees in exile, that we are not receiving the attention that will bring our plight into global awareness. The immense love and support we’ve received from our founders, sponsors, and supporters are sources of inspiration. It conveys very clearly that, although governments may not care or have compulsions not to act, ordinary Americans do care – care enough to put their energy and money where their hearts are. 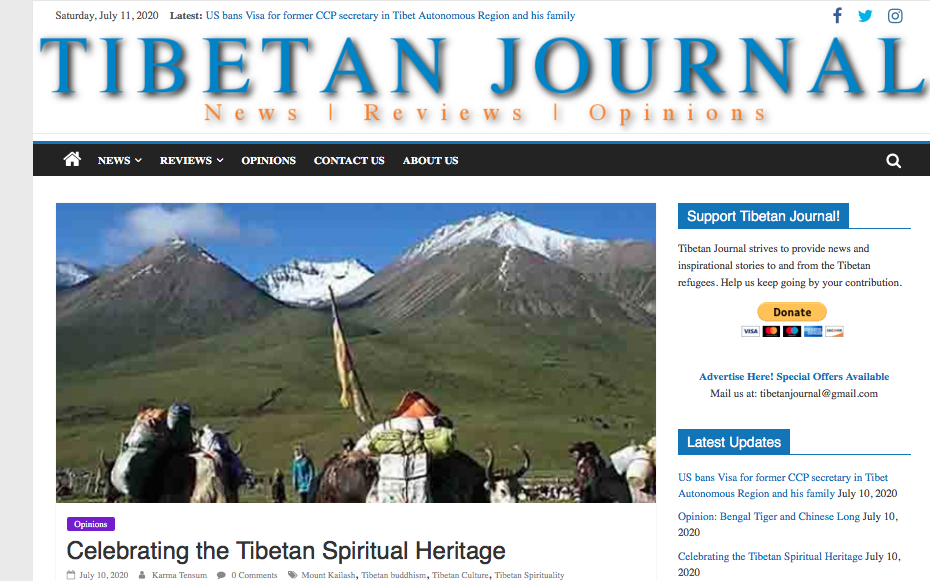 Spirituality is the lifeline of the Tibetan people. Without it, they would lose their soul and their foundation. Most Tibetans find some time, some space for it in their daily lives. For many, the time spent on spiritual practice is the most important and meaningful part of their day. And not all religious practices are the same either. Many lay Tibetans have a regiment of reciting segments of prayers from the scriptures followed by accumulating sacred mantras. Others may begin their day at their altar, offering freshwater and butter lamps to the Buddhas and then reading the scriptures. Still, others make time for meditation and quiet reflection. 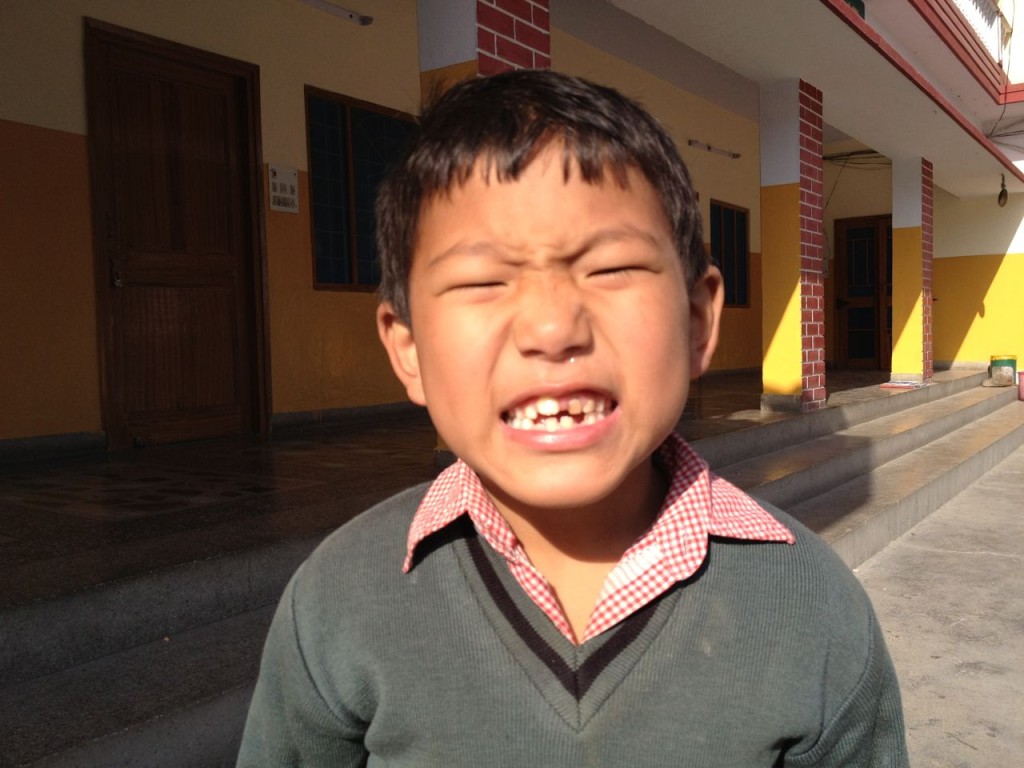 One of the Most Rewarding Things I’ve Done in Life: Roberta Anderson

I have had the pleasure of sponsoring three different children since I first visited Kyitseling in 2004. I was deeply moved by my initial visit to this hostel for Tibetan refugee children for many reasons. I think the thing that impressed me the most was seeing how much respect, love, and care the older children were showing towards the younger ones—and how truly creative and kind the adults at the hostel are. This hostel is much like a big family, and a beautiful model of how a group of people can live together in a harmonious and mutually supportive way.

Your ticket for the: TCEF Blogs