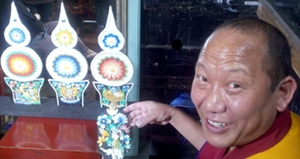 The situation for Tibetans – both in Tibet and in exile is not improving. The economic boom in China has not trickled down to Tibetans in Tibet who continue to be marginalized. News of oppressions, crackdowns and Tibetan discontent continue. The spate of self immolations in Tibet show how desperate the Tibetans are.

Many Tibetans and Tibet supporters believe that the best hope for Tibet lies in a dialogue between HH The Dalai Lama and the Chinese leadership. However, in this move towards a solution, in this journey towards hope, HH the Dalai Lama has walked many miles of compromises. When HH accepted the Chinese demand of acceding to the question of Tibetan independence, he not only shocked segments of the Tibetan population, but he surprised the Chinese leadership also. In return, His Holiness expressed a genuine hope to transform Tibet into a zone of peace and for the Tibetan people to have a limited autonomy to pursue their lives, their religion and their culture as they saw fit – within the framework of the constitution of the Peoples Republic of China. Disappointingly, the Chinese leadership quickly labeled this as a call for ‘independence under a garb’. 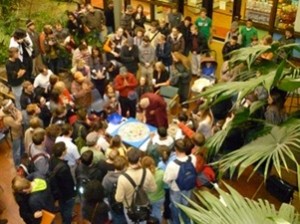 Since then many rounds of talks have taken place between representatives of HH The Dalai Lama and the Chinese leadership. Nothing substantive has come out of these talks and Tibetans are fast losing hope and patience with the process because every year that passes with ‘non action’ is damaging to Tibet and its culture. With each passing year more ethnic Han Chinese are pushed into the plateau and Tibetans continue to be marginalized in their own country. Also, with every passing year, Tibet and its culture fade just that much away from global consciousness and that is a real concern.

His Holiness The Dalai Lama makes a huge difference. His incessant travels is the biggest source of strength for Tibetans. Single handedly, his teachings and talks do more to keep Tibet and its culture in people’s consciousness than all the rest of the world put together. No matter, how bleak the situation looks at the present, as long as Tibet remain alive in people’s hearts and minds there is hope that future favorable winds may light up the embers of hope. 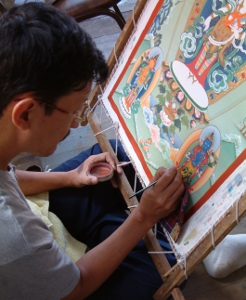 As a US nonprofit, we believe that the best we can help preserve Tibetan culture is by facilitating and providing platforms for Tibetans to share their unique culture with the people in the West, thereby educating and raising awareness of it. Our overall goal is to keep the Tibetan people and culture fresh in people’s consciousness.

One of the best ways we do this is to organize and invite the visit of Tibetan artists to share their art and culture with interested audiences here in the United States. Over the past decade, we’ve facilitated the visit of Tibetan monks, Thankga artists, folk dancers, sand mandala and butter sculpture artists. These tours provide the artists and our foundation wonderful platforms to share Tibetan culture and to talk about all things Tibetan – including the education needs of Tibetan children in exile.

The last two years have been particularly satisfying. Our cultural tours with Ven. Ngawang Chojor the master Tibetan sand mandala creator and Lama Paljor who did a series of Tibetan butter sculptor demonstrations have been very well received. We’ve toured seven states and shared our art and culture at very close quarters to at least ten thousand very interested persons. It has truly been a joy and privilege to engage audiences of all ages, to field questions that relate to all aspects of Tibet, to see children draw Tibetan prayer flags and auspicious symbols and over all just to see so much appreciation and interest in the Tibetan culture.

Your ticket for the: Cultural Tours