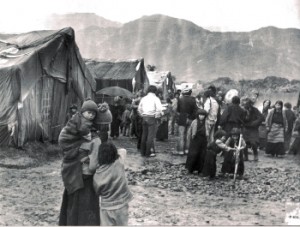 In 1949, China started the invasion of Tibet. It culminated with the flight of HH The Dalai Lama, spiritual and temporal leader of Tibet into exile in India in 1959.  Nearly a 100,000 Tibetans followed and every year hundreds of Tibetans continue to risk their lives crossing the Himalayas seeking political, cultural and spiritual freedom.

Tibetans were welcomed and granted refuge status in India. It is here they set up their democratically elected Government in Exile. The Tibet struggle continues based solidly in the tenants of non violence. 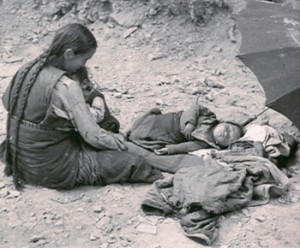 On the way to India

A 2008 conference of Tibetan leaders chose to support the Dalai Lama’s Middle Way Approach. Tibetans voted to continue working for the liberation of Tibet through non violent strategies despite the many human rights violations and cultural oppression of Tibetans in Tibet.

Tibetan culture in Tibet is critically threatened. This culture based on loving kindness and compassion survives in exile, though influenced by the culture of the host countries. It is of great benefit to the world that this culture survive.

Your ticket for the: Tragedy